Robotic Surgery in Gynecologic Cancers: State of the Art 2021 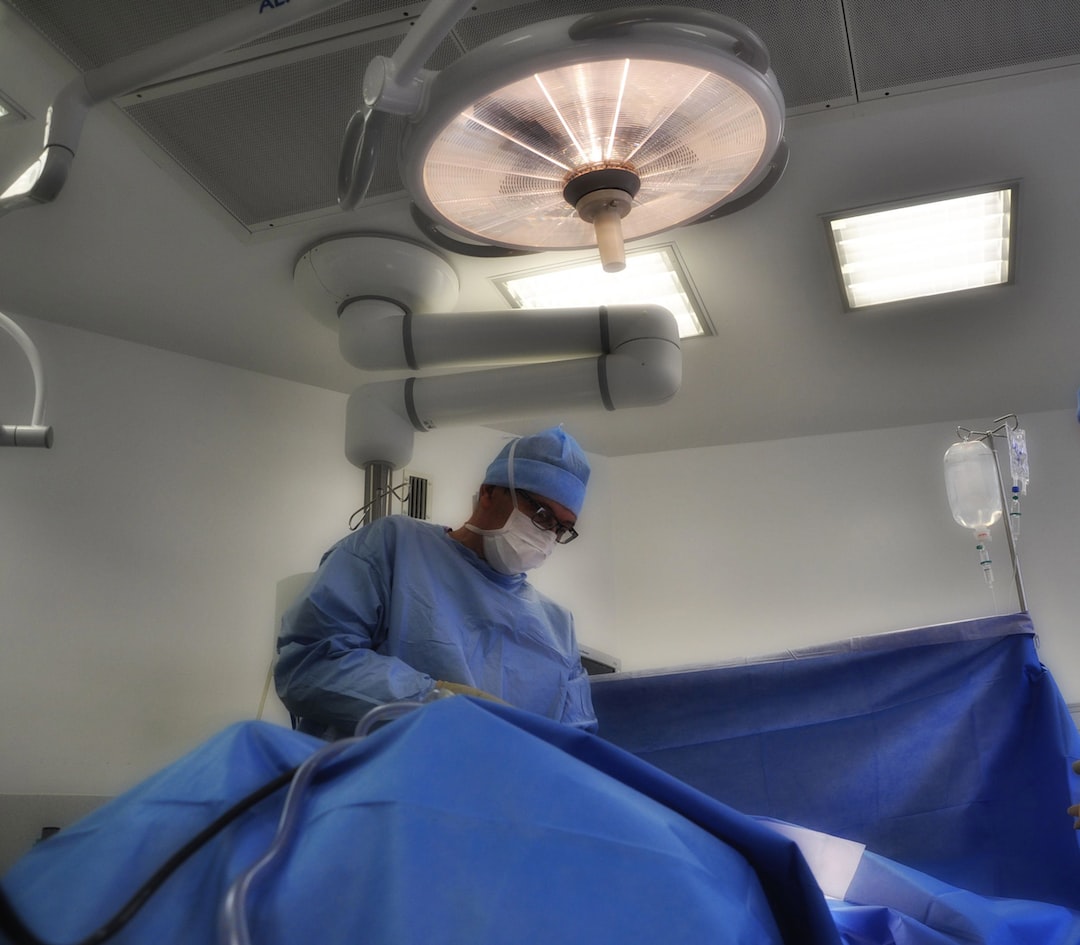 There is literally no question that this approach is “better” from the standpoint of getting patients though complex surgeries safer and get them through recovery much faster than open incision surgery. There are also reasons to believe it is better than laparoscopy as far as precision is concerned, which leads to less blood loss and less chance of converting to an open incision.

Some of the lingering real questions are cost-related, which are health care facilities arguments, not patient arguments. The patient does not get charged more and the surgeon does not get paid more to perform robotic surgery. In fact the opposite is true with more compensation to the surgeon for open incisional surgery for certain cancer surgeries. So, from a patient perspective regarding the cost argument, it is totally irrelevant.

The other question that remains for some cancers is something called “oncologic safety”. This means from a cancer treatment perspective, do patients do the same or better than incisional or laparoscopic surgery or do they do worse. Is the chance for cure compromised. The answer is that is depends on a lot of factors, a main one being how good and how experienced the surgeon is. The buckets for comparison are usually “minimally invasive”, which included both robotic and laparoscopic surgery, versus open incisional surgery. For technical reasons mentioned above the minimally invasive bucket is disingenuous because of the technical superiority of the robotic equipment. In “easy” cases, it can be argued that the laparoscopic surgery is just as good. But one never knows how easy a surgery will be, or not, until the surgery is underway. So, to be totally fair, comparisons should be made in three buckets: open incision, laparoscopy and robotic surgery. Even then the skill of the surgeon in each group is a variable that is hard to standardize in larger clinical trials when evaluating outcomes and “oncologic safety”.

To summarize the current state of the art from a patient perspective in the three main types of gynecologic cancers, as of early 2021, it is as follows:

Minimally invasive radical hysterectomy confers all the benefits in terms of recovery that made it a no-brainer to avoid incisional surgery. This was increasingly done for about 30 years. Then a study was done a few years back (LACC Trial) which called the oncologic safety into question. It appeared that the survival rate was lower in minimally invasive surgery. Most of the patients were laparoscopic and there were objections raised including the fact that many surgeons with many levels of skill were involved, some of whom did very few surgeries. However, the concerns remained and lesser quality studies suggested that robotic surgery may suffer the same limitations and worse oncologic outcomes.

Since the LACC trial a number of publications have been put forth that argue for and against robotic surgery for cervical cancer. The quality of most of these research papers is fair to poor to either prove or disprove the point. But, on average, it seems that if certain modifications are used, like less manipulation of the cervix during surgery and sealing the vagina closed so cancer cells cannot spill into the pelvis, that oncologic outcomes become non-inferior to open surgery. This means that all of the other benefits of faster recovery and safety argue for continuing use of robotic radical hysterectomy, which is very precise.

While minimally invasive surgery for cervical cancer remains controversial and other studies are ongoing, it is prudent to review all the risks and benefits and discuss this with your surgeon. For example, studies show that smaller cervical cancers may be safely handled using this approach. Also, for smaller cervical cancers where fertility sparing is desired, along with using the aforementioned techniques, this may be the overall best go-to approach. Again, this is highly individualized, as it should be.

Minimally invasive surgery, including both laparoscopy and robotic surgery, remains the gold standard for managing uterine cancer. While some recent concerns about oncologic safety related to use of too much manipulation of the tumor during surgery have been raised, these are minor compared to the extensive data that we have accumulated over 30 years which demonstrate better outcomes and safety.

For both uterine and cervical cancers the use of special dye techniques (sentinel node) to identify and only remove those lymph nodes that are most likely to be affected has reduced the risk of leg swelling from lymphedema. This was a significant concern in the past when too many nodes were removed from the pelvic area. The robotic approach can more commonly use this technology with Firefly fluorescence and ICG dye.

Pelvic masses that are suspicious for ovarian cancer can easily and safely be handled in most cases using minimally invasive surgery. Because we do not biopsy ovarian masses in order to avoid rupture and possible cancer cell spill, one never knows if a mass may be cancer or not. The risks need to be looked at individually using blood tests, family history, examination findings and what the radiologic images look like. In most cases a surgeon that is skilled in minimally invasive surgery can disconnect the mass and place it in a special containment bag before removing it intact. The chances of removing it safely without rupture depend on more than the surgeon’s general skill and robotic surgery gets the nod because it is more precise and less herky-jerky action which may result in spill.

If a mass is determined to be benign during pathology review intra-operatively then no additional cancer surgery needs to take place. But if cancer is identified by the pathologist during surgery then various biopsies, including lymph nodes and a fatty tissue called the omentum can generally be performed using either laparoscopy or robotics, avoiding a big incision. Again, robotics gets the nod for situations where anatomy is distorted or if patients are obese (making surgery more difficult) and things of that nature.

When advanced ovarian cancer is already proven by needle aspiration (paracentesis) of cancer cells from fluid in the abdomen (ascites), whether or not surgery is the next step or chemo is the next step is individualized. We know that the oncologic outcomes are about equivalent from multiple studies, meaning that the cause rates are about the same. Choices are made based on many factors including medical condition, the extent of spread of the cancer, symptoms and much more. In many centers the only option is still a very large incision surgery, which usually includes a lot of blood loss, an ICU admission and a prolonged recovery due to an incision from the breast bone to the pubic bone (i.e. huge). This is done either before chemo or upfront and is called cytoreduction or debulking.

Laparoscopic minimally invasive surgery is ill equipped due to clunky instruments and relatively poor 2-D vision for extensive surgery like this. However, it is entirely possible with robotic surgery and may be completed with only tiny incisions or at least by minimizing any larger incisions that might need to be done to safely complete the surgery. This is an option at very few centers internationally, but worth exploring because of the stupendously better recovery outcomes.

If robotic surgery is performed upfront, before chemo, it can be less effective because of the massive amount of tumor usually present and the large amount of ascites fluid in the way. Patients also suffer from so called “port-site metastases” which means that cancer cells implant and can grow in the tiny incisions. This can be difficult to manage and thus up-front surgery using robotics has to be carefully considered only if there is relatively small amount of tumor.

On the other hand, using upfront chemo (neoadjuvant chemotherapy), after 3-4 cycles of chemo (2-3 months), the ascites fluid dries up quickly, the tumors shrink to more manageable sizes and surgery is more safely performed using robotics. Again, there is good data from multiple studies that shows up-front chemo and surgery up-front to be equivalent in terms of “oncologic safety” and outcomes. There are a few studies that still support surgery up front and thus it is important to individualize in constellation with your gynecologic oncologist. Hopefully, you are in a center where ALL the options are possible, including robotics.

The oncologic safety of robotic surgery has not been proven based on large studies and may never be. The reason is that the goal of cytoreduction or debulking is to get to minimal disease at the end of surgery, preferably microscopic only. No matter whether the surgeon uses a big incision or robotic surgery, they can either get it done or not. It is that black and white. So, the skill base of the surgeon is hugely important. There are now multiple scientific published papers that support robotic surgery for ovarian cancer cytoreduction, most of the time in a neoadjuvant chemo strategy. However, it needs to be emphasized, there are a relative small handful of surgeons that know what they are doing on this front.

In the hands of an expert robotic surgeon, many variations are possible to achieve the best possible cytoreduction outcome, including the possible use of small or even larger incisions (if it simply can’t be safely done using robotics alone). This is all intraoperative decision-making and it is extremely important to have a discussion with your surgeon about all possible eventualities.

Robotic surgery lends itself well to use of HIPEC as well. In selected patients, based on individual complex considerations, intraperitoneal heated chemotherapy (HIPEC) can be used after the surgery is completed. For technical reasons, this is enhanced by robotic surgery because of the small incisions.

Robotic surgery for gynecologic cancer is an option in almost all cases but needs to be individualized with a solid patient-specific strategy to get to the best possible outcomes, including rapid recovery and oncologic safety. An Uber-skilled surgeon in robotics can make a huge difference for your quality of life and thrivorship in beating cancer.